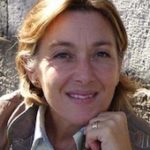 After becoming conference interpreter and translator for English and German, Donatella Capone obtained a degree in the same languages at University of Roma 3. She also has a master in European Project Management.

Her working activity has developed along the following guidelines:

While in Rome she worked for Triumph Group, a major Italian Event organizing Company from January to December 2011.

Her volunteering work is mainly focused on schools: