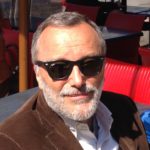 Giuseppe Martini obtained his degree in Physics at the University of Naples, he then specialized in Molecular Genetics working on research projects in major research Institutions in France, United States, United Kingdom and Italy at the Italian National Research Council (CNR). He authored about 60 scientific papers, mainly dealing with the genetic response to oxidative stress in human cells.

Giuseppe Martini served as Director of the Department of Life Sciences at CNR (2006-2012), he was Science Advisor at the Italian Embassy in Canada (2001-2005) and was in the Board of Directors in several foundations and consortia operating in the sector of Life Sciences. During his career, he has been involved in several International research programs. For ten years, he has been a member of the Italian Prime Minister’s Advisory Committee on Life Sciences.

Until June 2016, Giuseppe Martini has been founding President of Alisei, the Italian Alliance of the major Business Associations, National Research Centers and Regional Bodies for Innovation. Giuseppe Martini is Founder Manager of two start up companies – Biostella and Immures – specialized in health-related biotech industry-oriented projects.

Founder and Member of the Board of Directors, Immures srl, Rome